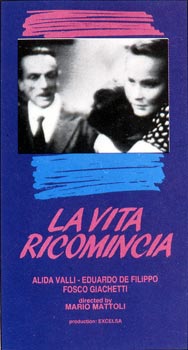 After several years a prisoner of war returns home feeling rather despondent, but is overjoyed to find his wife and son still waiting for him. He sets about rebuilding his family life but finds out that his wife has had to resort to prostitution during the war to pay medical expenses for their son who had been seriously ill. She is being blackmailed by her client and in desperation kills him. Her husband tries to save her from prison, but is not find able to forgive her for being unfaithful. However, a friend manages to convince him that his wife had really been pushed to the extremes at the time of their son's sickness. So when she is acquitted he is only too happy to forgive her